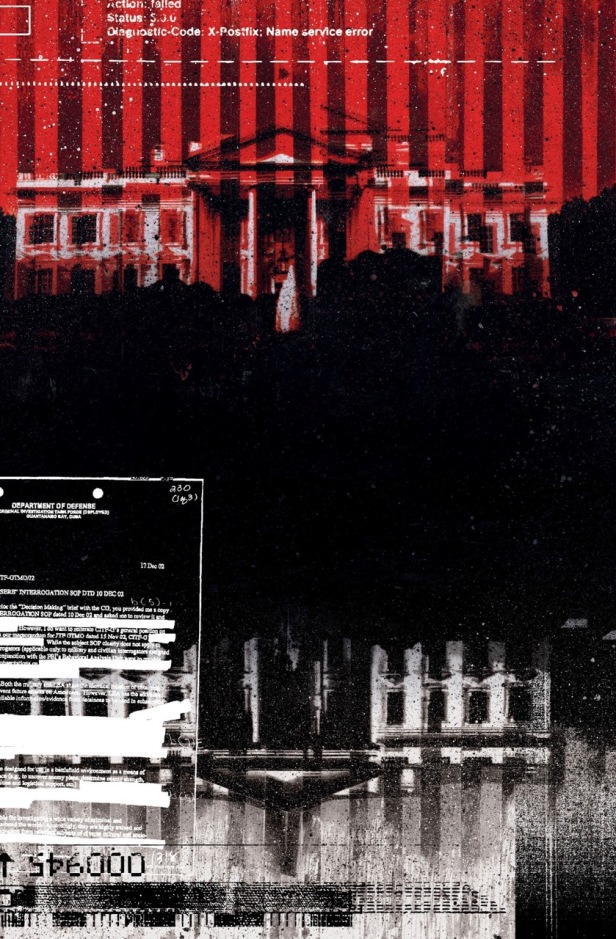 When I was 16 I chose to take on History, English Literature and English Language A-Levels, which my school couldn’t accommodate into a schedule. As a result, I went to a separate school for all my History lessons, which was obviously a bit weird, and looking back I don’t know how the two schools arranged the whole thing. What a pain I was. The coursework was slightly different as well, where I could pick any topic in history to write about, and the school would grade it for me – which was different to how all the other kids in my year at my actual school did things. I chose to write about the assassination of John F Kennedy.

It was fascinating to cover a topic in history which English schools don’t consider to be worth covering. We get taught about World Wars 1 and 2 almost exclusively during secondary school over here, with maybe a year taken over to the Normans at one point. Modern history isn’t a thing as far as the curriculum is concerned: what’s a Good Friday agreement? Who were the Windrush generation? I mean, my Aunt was literally part of the Windrush generation and I’ll be damned if I heard anything about it until my thirties. No: white heroes saving the day from Nazis, that’s what school was all about. So learning about JFK was a dazzling little insight into a similarly white part of world history and gave me a little bit of the perspective I’ve so damningly needed for decades now. And haven’t achieved anytime yet.

The question: was John F. Kennedy killed by a lone assassin, or was there a correct alternate theory out there. I read books which told me it was the CIA, the Cubans, the mob. One person felt that it was his own family! Reading it was a microcosm of American sentiment, wherein the loudest argued point was the one which could resell the world, and although its seems pretty clear what actually happened to Kennedy, the collective insistence on idiosyncratic conspiracies has kept the American consciousness muddled on whatever happened on that day in Dallas.

Now: I didn’t get many marks for saying that, because you’re meant to answer the question and show your working rather than argue that it’s more interesting to look at collective cultural impression. Also, my choice to work between two different schools meant my A-Levels results were delayed and took three days to come in. As a result I lost my choice of University, went into the clearing system for a worrying week, and ended up spending three years in Wales after my lower History grade cut out my other options. My whole life changed basically because of John F. Kennedy? It’s a weird thing to think about, because we never shared space on the same planet. He died twenty years before I was close to being born and yet here I am, a different person because of him.

Issue #5 of The Department of Truth is when the character we’ve been following since the start, Cole, is approached by the other side of the argument. He’s been recruited and inducted by the eponymous department, whose role in society is to make sure that reality doesn’t change. They posit that enough people believe in something, the world will warp to make the consensus into the actual truth. If enough people think the world is flat, for example, then the world will literally flatten. If everybody believes that lizard people are real, then lizard people will be breathed into life and start walking around underground. Cole is taught that the department’s job is to make sure that one version of reality stays true and doesn’t get changed by collective thinking.

But maybe that’s just what they want him to think. When he comes back to his apartment in this issue, he’s met by the leader of the Black Hats, who presents him an alternative. The Department of Truth exist to make sure their preferred history of the world stays intact, with America dead centre of the story. Their goal is to keep America on top, and if they can have enough believers working on the vision of America as the crucible for the modern world, then every other country will be reduced in contrast and kept weak. America retains all its power. Just like in this google document I’m typing in, which resets every day to English (United States) and tells me off for typing “centre”.

America as dictator, forcing its values on everyone else? It’s just as believable as the story that the previous four issues set about making us believe, and it only takes one issue to convey the very complicated ideas which drive the engine of the series. The creators of the comic, by the way, are James Tynion IV, Martin Simmonds, Aditya Bidikar, Dylan Todd and Steve Foxe. A few familiar names in that list? That’s right – Dylan has written for Shelfdust before, and Steve wrote for the MNT about Seven Soldiers of Victory, which I reposted on Shelfdust subsequently.

Most people don’t remember the MNT originated that series, you know, but it did: over time we’ve all decided it was always a Shelfdust original instead.

These connections I have with the series wouldn’t exist if I hadn’t gone to the wrong university, where I did a different course to the one I wanted, ended up in a creative writing class, and subsequently had so much free time in my week that I turned to comic book blogging as my way to do something with my spare days. I wrote for ComicsAlliance and got in touch with Dylan and Steve, and became friendly, and now here they are working on this comic about alternate histories and the routes not taken through life.

The point of issue #5 is that issues 1-4 were all fundamentally propaganda to lure both the fictional protagonist and the very real readership into believing one way of thinking about the world of the comic.

Whatever happens as the series continues, we’ll always have had those first four issues where one view of the world was laid out to us, and that’ll be the version we end up believing as our “first” core view of things. Just as happens in the real world, where our schools refuse to teach us anything other than the time that the English were the good guys and that our British Empire is full of people who were grateful for the opportunity. Just as I can tell you some things about my life, on a site where I don’t usually get particularly personal, and now all you know is that maybe John F. Kennedy changed my life. You’ve not heard otherwise yet, that’s all.

I’m still running behind on what happens next in The Department of Truth, but this is what struck me early on in the run. “In the beginning was the Word, and the Word was with God, and the Word was God.” Claim something to be yours, and maybe it will be yours, and maybe you can get everybody else to believe it, and then maybe you’ll win. It’s amazing how quickly you can seed an idea in someone’s head, and then they’ll never be able to truly root it out.