“Reaching for something in the distance. So close you can almost taste it.” 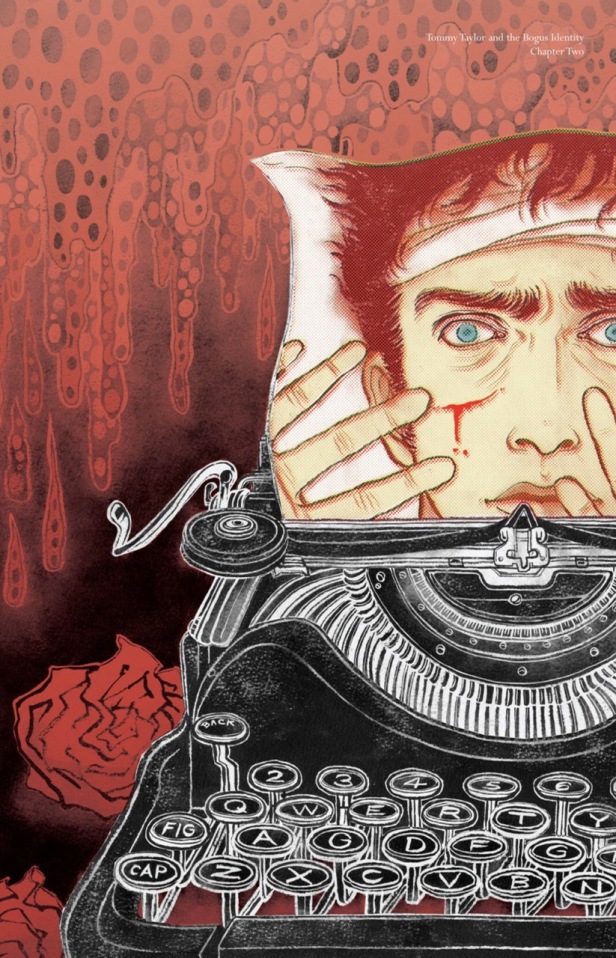 At the end of The Unwritten’s first issue, the shadowy cabal living behind the scenes tells us their proposed end of this story. Tom Taylor, the boy who lived, went on to bring about his own destruction. A tragedy, they suggest, in one act.

Issue #2 sees the threads of that narrative start to twist together into a binding contract, as Tom decides to head out after his father and find out where he’s gone. That leads him ultimately to the Villa Diodati, a real place in our world, where Cybermen once roamed, and where his father used to bunker down for writing sessions. A location with a rich literary history (some of which is covered in The Written, below), Tom is drawn to the Villa like a compass – which becomes tangible on the last page, as Tommy Taylor’s infamous compass tattoo literally appears on the back of his hand. Watch out for falling anvils, everyone.

The road to Villa Diodati isn’t just paved for Tom, but swept clean and signposted so he knows which way to go, its literary attraction impossible to resist. By giving him a definitive ending point, the series is setting him up for a dramatic final act… in its second issue. Clearly the idea of this as a one-act tragedy isn’t quite accurate (this comic continues for several years), which makes the other idea suggested by the cabal – that the narrative of Tom’s life is a fantasy story – all the more compelling.

And Tom’s life has become a fantasy for the rest of the world to bask in, if this issue is any indication. Having previously been called a fraud, Tom is now seen as a saviour figure by many, having apparently escaped Count Ambrosio’s nail bomb without a scratch, despite his clothes being cut to shreds. That’s the work of Lizzie, who knocked Tom out and left him lying in the eye of the explosion he wasn’t actually hit by. Once again, the general public are left all the pieces of Tom’s story to tie together in any way they see fit. And, given that choice, they’ve decided that Tom is an immortal magician who can’t be hurt by nail bombs and might also be able to cure their illnesses. The internet, everybody.

Carey, Gross and Klein once more make sure we see the growing global impact of Tom’s story in the form of internet clippings, forum posts, and online news articles. Everybody is trying to step into the fantasy world of Tommy Taylor, from internet detectives and cryptographers to am-dram groups and the Catholic church. And they all share their opinion – which builds into the overall fantasy that Tom Taylor is more than he appears, that Tommy Taylor is more than a story, and that there’s just… just something more out there in the world as a whole. It’s once more a compelling idea, and the public are eager to hear it. In 2021, a year in which the general public have proven themselves to be very susceptible to compellingly-told opinions rather than facts, it’s a hearty concept. 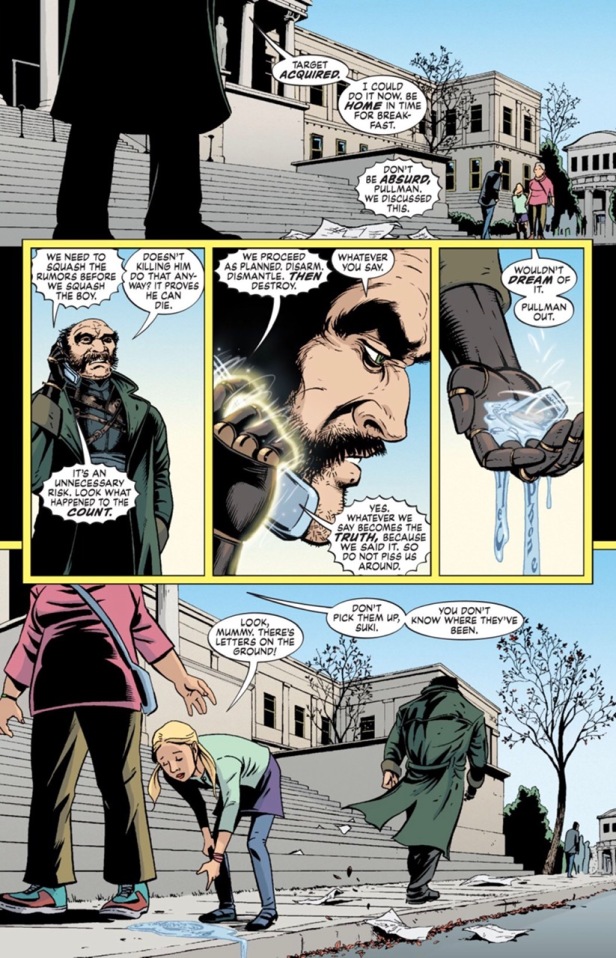 And if enough people believe in the idea that Tom is something other, it seems that “Pullman”, the lead assassin of the shadowy cabal, can’t make a direct move against him. The cabal can’t kill an idea directly, but instead have to shape that idea into a story; if they rewrite where they want Tom’s narrative to take him, and do so in a way which people find believable, they can push him towards ironic tragedy. His search for the truth may be the thing which rewrites what the truth actually is.

In a particularly telling sequence, Tom visits one of his dad’s old girlfriends (called Sue, hmm), who shows him a set of stairs leading into a basement. She asks him to count the number of steps going down, and then count going back up. Confused, Tom enters the basement only to find an unending staircase inside, with over a thousand steps downwards and no bottom. On the way back up? Twelve. There’s a clear meaning to her lesson, which is probably stolen from Mario 64, but Tom doesn’t pick it up right now. Just what he needs, to be honest: a dangling plot thread to be picked up again later. Can’t kill him off—and end the story—until we know what that basement is all about!

But ultimately Sue, under the pressure of the cabal, sends Tom off towards the Villa Diodati, and that potential one-act tragedy we keep hearing so much about. He’s followed by the cabal, who want to make sure that he’s fallen into step with their plans for him.

Yet when he gets to the Villa, instead he finds both Tommy Taylor’s tattoo on the back of his hand and Lizzie Hexam, who has been waiting for him there. How did she know he’d be travelling to another country in pursuit of his father? We know she’s a media student; perhaps the cabal’s story is too basic, and she’s already pulled apart their tropes to figure out the first-draft ending. If she’s smart enough, perhaps Lizzie can jump ahead of their story notes and change the conclusion. 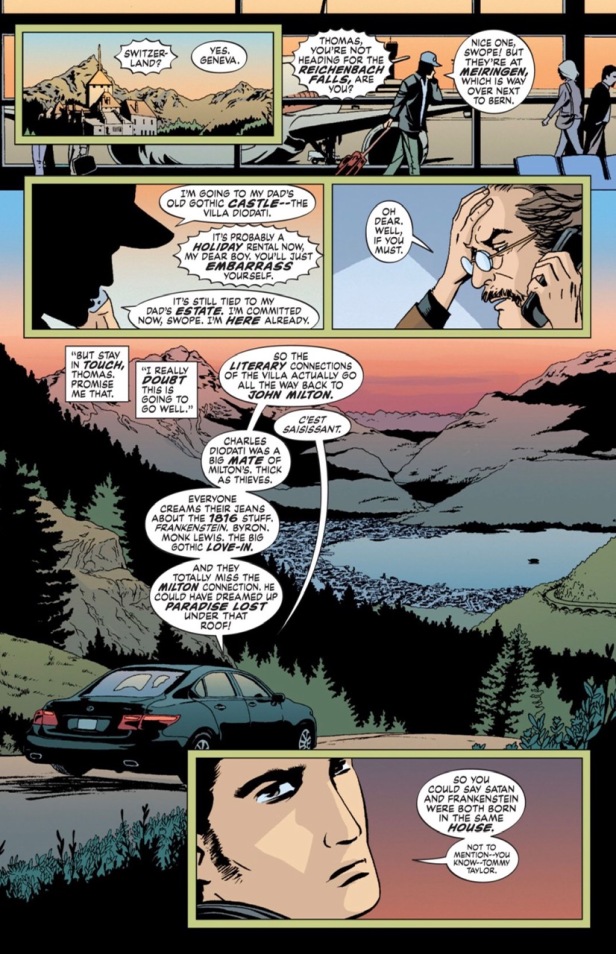 One thought on ““The Truth, Because We Said It”: The Unwritten #2”