Welcome to Shelfdust Presents, the official podcast of Shelfdust, hosted by Matt Lune! Each week we invite a special guest to bring in any comic they want to talk about – and this week Matt’s guest is writer and critic Matt Sibley!

For this week’s episode we ordered Matt to talk about Secret Invasion, and so today on the show we’re taking a look back at Guardians of the Galaxy #5, by Dan Abnett, Andy Lanning, Paul Pelletier, Rick Magyar, Guru EFX and Joe Caramagna! 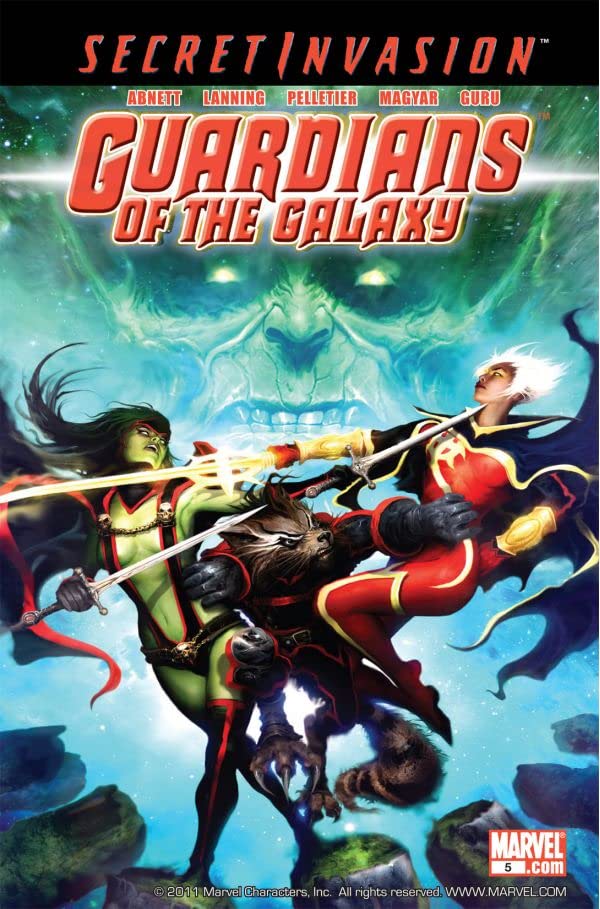 On Knowhere, the Guardian’s transdimensional HQ, fear and mistrust boil to the surface as the mismatched team attempts to uncover the Skrull agents in their midst! Who can they trust?

Matt Sibley is a writer, critic and podcaster who is most commonly found writing for Newsarama as part of their “Best Shots” reviews team. You can find him on twitter here!

Matt Lune is a critic and podcaster who has written for publications including PanelXPanel, The MNT and Multiversity. You can find him on Twitter here!

One thought on “Shelfdust Presents: Guardians of the Galaxy #5 with Matt Sibley”