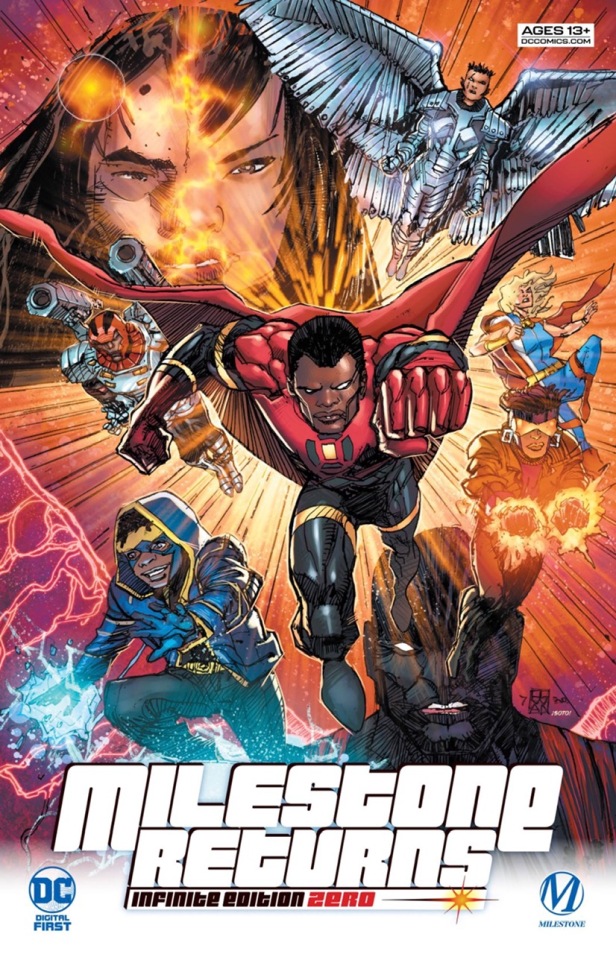 Milestone Returns Infinite Edition #0 represents the first step the revitalized Milestone line is taking into the 21st century comic book landscape. A lot of things have changed since the line debuted in 1994 and DC’s attempt to reintroduce the Dakotaverse characters into the DC Universe in 2008 – the fact that I was able to purchase this comic with a few clicks and read it on my phone, laptop or tablet being one of the big ones.  Still; so-called “zero” issues remain an odd duck.

There isn’t really an exact equivalent in other forms of popular media. My friend Holly described them succinctly as “a trailer you have to pay for, sometimes.” They aren’t quite like pilots or sizzle reels, which are used to sell the concept of a show or movie to executives. They’re geared towards die-hard completionist fans but also gesture to casual readers by eschewing plot for non-critical exposition.

The latter story was available only as a limited time digital read during the DC FanDome event in September 2020 as Milestone Returns Zero. As a longtime fan, I’m not sure I can really express how stoked I was to be reading a new comic that featured Static, Icon & Rocket. The writing was sharp, the art was fantastic and the story presented seemed like a great modernization of the Dakotaverse. This issue felt like the platonic ideal of the zero issue – a short, sweet (and free) pop culture object designed to build hype for future stories. I was raving to friends about how much I enjoyed it, giving folks a call to let them know “Milestone is back! Get hype!” 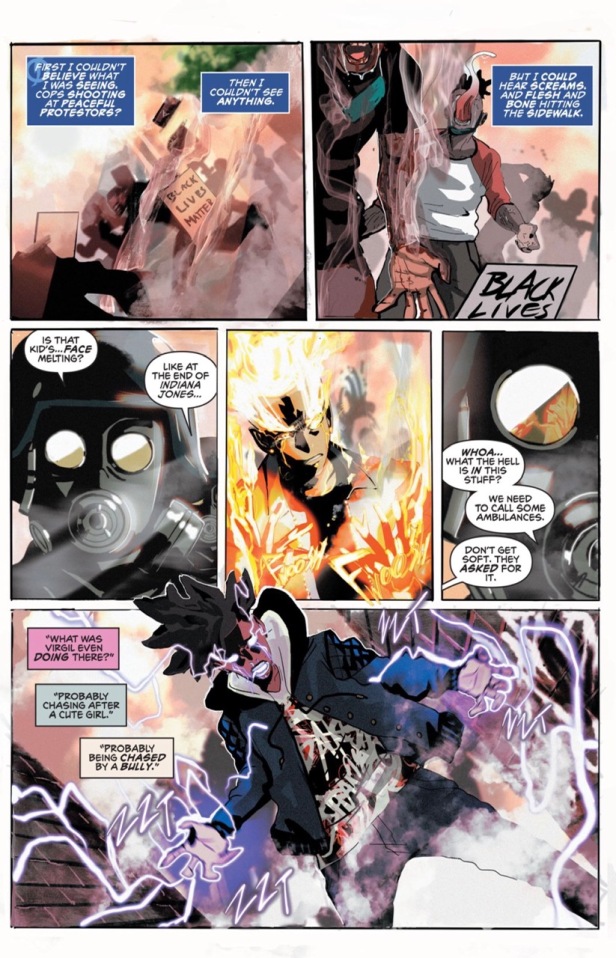 And then Infinite Edition #0 was announced including a mess of new content.

The FanDome material was relegated to the latter half of the book while the rest was dominated by new content – an expanded version of Static’s new origin, an introduction to Hardware & Holocaust, a short Icon & Rocket adventure. I can’t really express how underwhelmed I was by it all. It’s hard enough not to compare every inch of this relaunch to the original Milestone books, but I was stunned that it simply didn’t feel up to same quality as the previously released material despite having the same writer.

I guess I should be clear here, the problem with this new content is entirely the writing. It feels like we’re getting stuff from two completely different Reginald Hudlins. I won’t lie and say I didn’t have apprehensions when I saw his name attached to the Milestone reboot. It’s been a while but I still remember how much fan griping (that I absolutely contributed to) there was when he wrote Black Panther. He wasn’t as serious as Priest, his plot beats were clunky, his humor didn’t work – but like most comics fans spent years complaining about, it’s aged pretty well. He won a lot of good will from me with the FanDome material and just left me baffled reading this new stuff.

Is Hardware’s new origin really this boring and unsympathetic?

I think it’s harder to overlook the flaws in this story because this is a zero issue. It’s still an exposition heavy, expanded teaser – one that probably won’t be critical to understanding the first issues to come, and absolutely not expected to be representative of the tone and arcs of those stories. And, sadly I have to stress this again, it’s not free like the original release was.

When Nikolas Draper-Ivey first started posting his art for Static on twitter a few weeks ago the first thing I did was send it to my manga loving little brother and cousin. They loved it. They were excited to see a character from their childhood given a revamp. I think it goes without saying that if you could get any of these new Milestone books into hands of everyone who has fond memories of watching Static Shock after school, you’d have a bona-fide hit on your hands.

And barring a really great advertising campaign that doesn’t just stick to the usual comic sites, the only way you’re going to get these books into the hands of those readers is getting their friends and relatives like me to make the push. So the question is: would I share this with them? 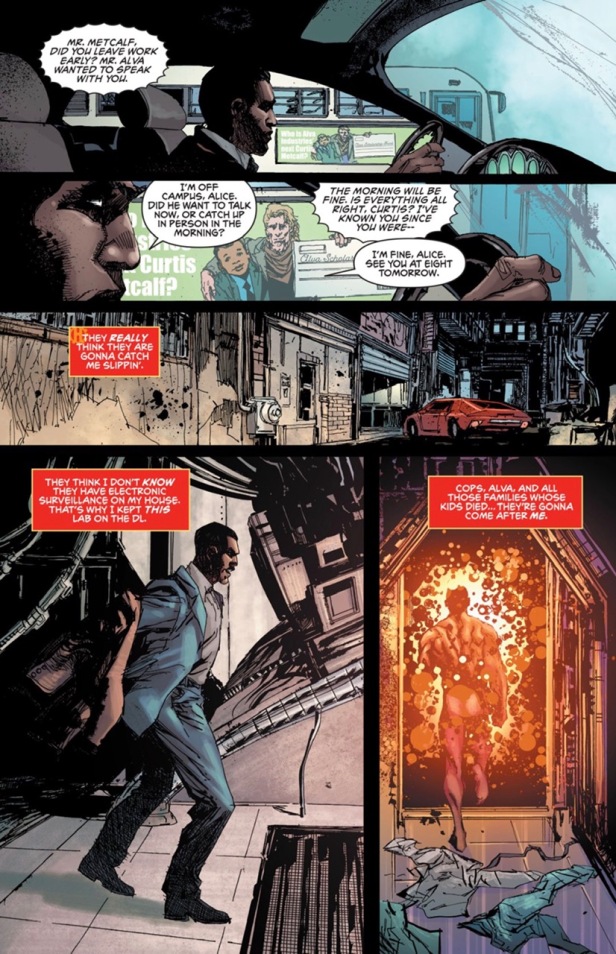 I guess where I stand, not even as a critic, but as a fan of these characters, is that this is a comic I would find very difficult to recommend. And that sucks because the success of this Milestone relaunch is going to depend on these books finding an audience outside of the usual suspects of comic fandom.

This is not a project I want to disparage because I want it to be successful. But having read through two previous attempts to bring these characters back into the spotlight, it feels fair to ask if the powers-that-be are taking this anymore seriously than they did those previous failures. I do not think it is hard to satisfy the average comics fan – most of us will buy a book featuring a character we love just because we love them. And I love Static, Hardware, Icon & Rocket. The challenge is giving us something we like so much we’d go out of our way to get more people to read it.

I am incredibly excited to see what kinds of stories Vita Ayala and Brandon Thomas are going to be telling when they take the reins on Static and Hardware – the two of them are solid writers who’ve been paired with killer artists. Hell, Doug Braithwaite is going to be drawing Icon & Rocket. He is without a doubt one of the best artists still working in the industry and I’d buy anything with his name on the cover. But I can’t say I feel the same about Reginald Hudlin. I think he absolutely could knock it out of the park, but will he? Time will tell.

Maybe we’ll be talking about Milestone: Season 10 a few years down the road. Or maybe we’ll be patiently waiting on another relaunch.

Jay Rincher is a writer and critic who has written for publications including The MNT and GWW. You can follow him on Twitter here!

One thought on “Milestone Returns – But Have Modern Readers Left It Behind?”