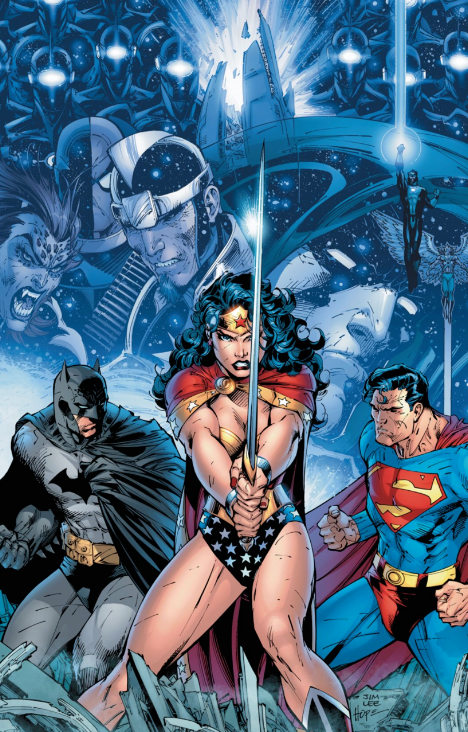 Things are getting cosmic now, and we’ve been going through each Green Lantern in turn. Last week things got a bit personal with Claire Napier, but today it’s all going to get right back on track! It’s KILOWOG TIME – and who better to explain everything about Kilowog than Al Kennedy??

Hi Al! I’ve got three questions for you about Kilowog! Can you tell me—

Honestly Steve, I’m sort of glad you asked me about Infinite Crisis, because I’ve been keeping an eye on this and it’s getting out of hand. Your friends are worried, Steve. I’m worried.

You don’t need to know this! You don’t need to know about Kilowog, or Salaak, or Frasier, or the Rann/Thanagar War, or any of it! It’s too much, Steve. Nobody was meant to know all of this, except possibly Mark Waid, but he’s a fringe case and should probably be disregarded, kind of regret bringing him up in this context to be honest, bad example, but what I’m trying to say is that human brains weren’t meant to hold this amount of knowledge about the minutiae of DC crossovers, or beloved NBC sitcoms.

Al, please, this isn’t the time for that. We gots ta know Infinite Crisis news!! Is Kilowog—

Kennedy: Please, Steve. Infinite Crisis is done. It’s been done since 2006. That’s 15 years, Steve! The war is over! Lay down your arms. You’re in real, genuine danger of falling into an eternal spiral of Who’s Who in the DC Universe. Look, I’m just going to head you off here before you end up asking Zainab about Carmine Falcone.

There is nothing to be gained in researching forbidden knowledge about Getaway Genius, or the Lightsmiths, or Super-Hip, or Billy Numerous, or the Canterbury Cricket. I promise you will never have occasion to wonder “What is the deal with Janissary?” or “Are Echo and Query still canon?” or “Are Dollmaker, Dollman and Ragdoll related?”.

And the less you know about the Star-Tsar, the better.

Kennedy: Steve. Steve. No. Please. C’mere. It’s okay. Shhhh. Shhhh. It’s fine. It’s going to be fine. I promise. I won’t let the bad retcons hurt you any more. Now, listen, I need you to do something for me, okay? Okay? Okay.

Now, Steve, tell me… what do you know about Secret Wars?

Al Kennedy is the host of podcasts House to Astonish and Desert Island Discworld, in which he sits down with special guests to talk about their favourite Terry Pratchett novels. He’s also been a featured writer for Shelfdust, and you can find his byline here! For more from Al, you can follow him on Twitter here.

One thought on “Infinite Crisis with Al Kennedy: Steve We’re All Worried About You”