At one point in this issue, the Broken Man complains comics are too short. Speaking as someone who’s started writing them within the past couple of years: yep.

Then again, Astro City perfected the art of the rock solid done-in-one, and so I think – given that this is a two-parter – things will be okay. And this two-parter is focused on the unknowing origin of the star of this show, the meta-character to end meta-characters, the Broken Man.

In this story, called “When You Find Out What Happened to Glamorax, You’ll Totally Freak!” (or Ch-Ch-Ch-Changes, but I’m taking the Broken Man up on his dare to use the better title) we’re introduced to Glamorax, who fills in another link in the chain of the serially reincarnated cosmic musicians of Astro City. It’s the 1970s, and the shape of music is glam – of David Bowie, who was halfway to being a superhero already – and it’s apparent, as Glamorax takes on drug dealers, but takes care to mention that they’re the bad kind, with a sly wink. 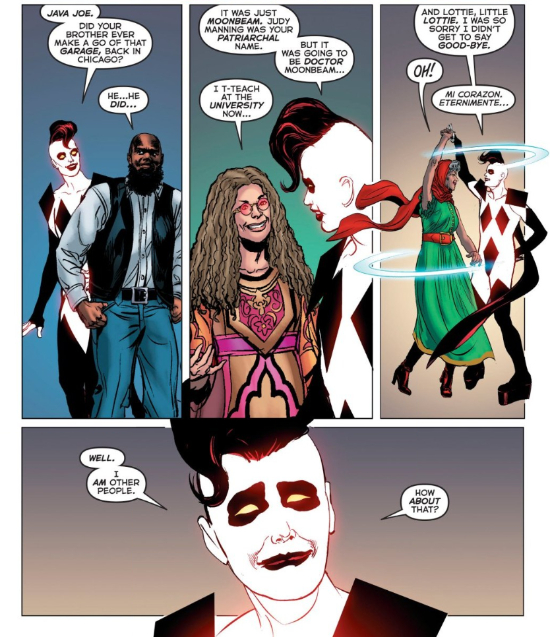 Glamorax embodies the spirit of the era, breaking free of gender binaries, much like previous incarnations have gone between gender expressions upon rebirth. But what changes this time, is that Glamorax is made aware of the oncoming change, via the friends of previous incarnations that their lover, Tom O’Bedlam, has tracked down. They know the shift is going to come, and they can feel it – the rise of punk, the new trend of youth. And they feel a little weird about it.

It’s not hard to see why; embodying the spirit of youth means you don’t get a choice in whether you die before you get old, as the song goes. But there’s also something else, in the form of Tom O’Bedlam’s eagerness to observe the change, and to see how it ties into the serpent cults that the Orbour is affiliated with. And you can’t really be an impartial observer with someone you love… 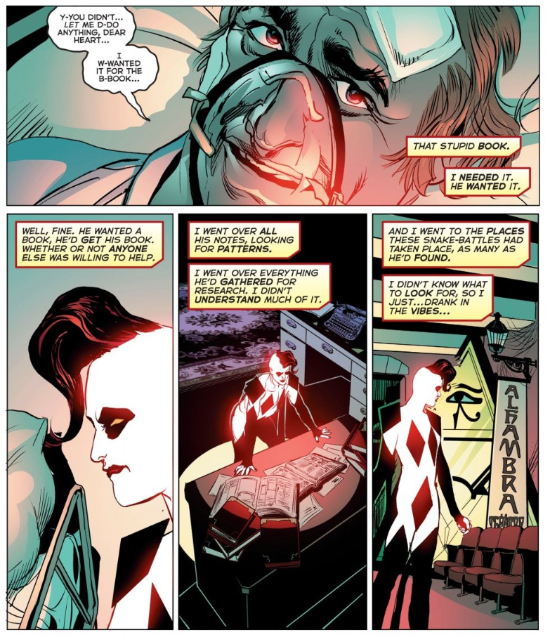 … and so, it’s all destined to end in tears, as many love stories do.

Glamorax’s story pays off a lot of the deep continuity cuts of the series, from the mention of Calvin Tarrant of the Blasphemy Boys, to the appearances of the Serpent Cult of Saampa in passing and in full, and shows the benefits of the very long term storytelling that Busiek and company have been setting up with thumbtacks and yarn – because there’s little about the Orbour that is actually truly new, at least in this issue.

But one element does leap out at me. Glamorax, and all previous incarnations, have been about art – a specific expression of art. All very Terry Pratchett/Neil Gaiman, but the added element this time is that the story of Glamorax – destined to end, and be reborn as something new – is known to Tom O’Bedlam, who wants to make a party out of what has been, until now, an intimate moment for Glamorax’s incarnations. He has a book he wants to write about it.

Tom O’Bedlam is an outside observer to the story of Glamorax, wanting to bring in strangers to bear witness to it at its apex. He is chasing after an ancient evil from outside space and time, something that is in turn chasing after him. He’s described as a man out of time, searching for the future in the past, like pages from an old comic book repurposed to tell a new story.

And thus, the story of Glamorax is sent spinning off in a new direction, which we’ll go into more next week…