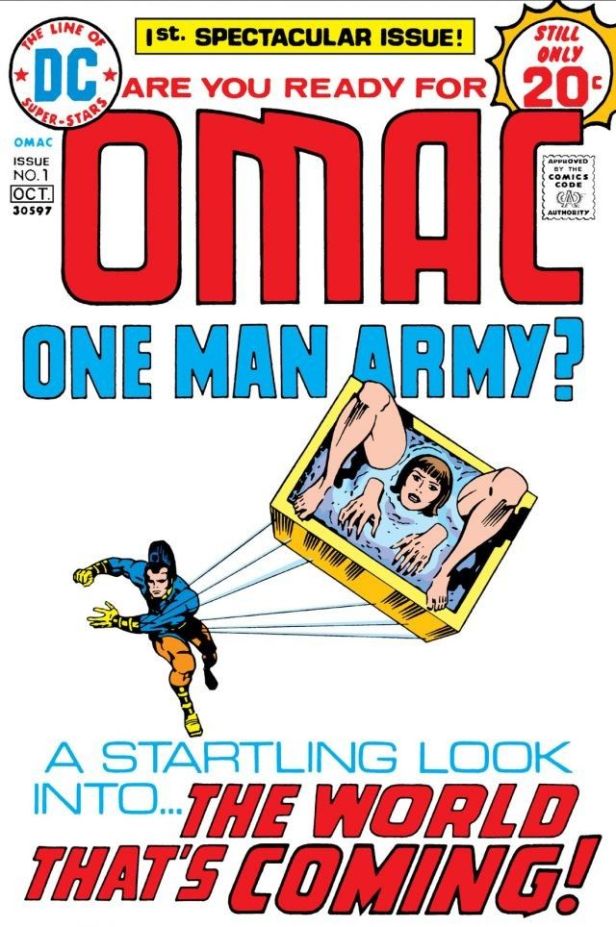 This week it’s time to prepare for the world that’s coming, as we look at the comic which ended up in 11th place:

Jack Kirby’s series was designed to be a vision of the future – but not even the King could’ve realised how darkly accurate he was when he set about creating the first issue of OMAC.Kirby’s paranoia was meant to be overt and shocking, but now it simply feels prescient and unsettling – how did he know this would all start to come to life? Because he’s the King, that’s why! And this week Matt is joined by special guest Graeme McMillan to talk all about it!

Come back next week….. as Matt will be talking to Kayleigh Hearn about Sandman #1!

One thought on “Shelfdust Presents: OMAC #1 with Graeme McMillan”