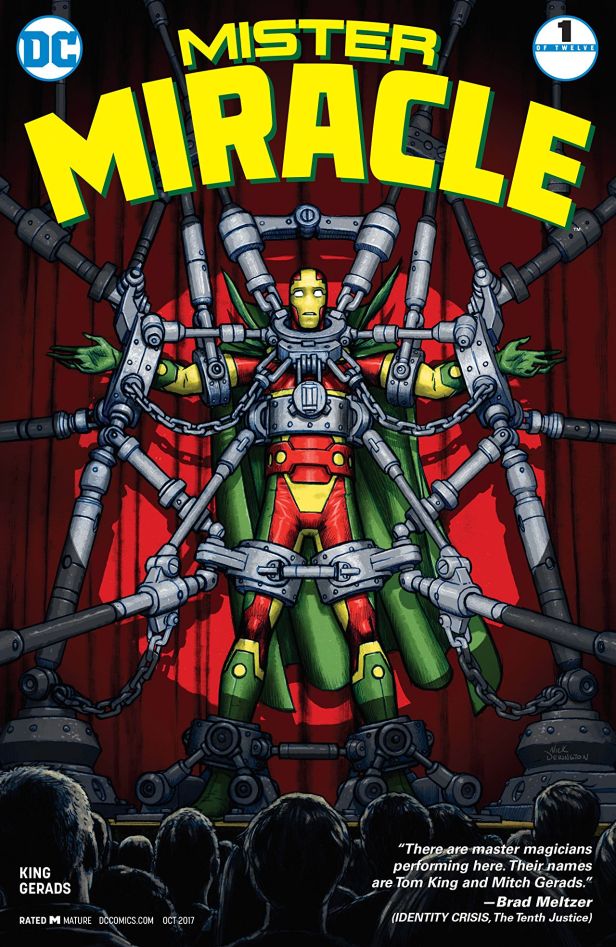 This week it’s time to feel sad across the course of nine panels as we look at the comic which ended up in 19th place: Mister Miracle #1 by Tom King, Mitch Gerads and Clayton Cowles!

Mister Miracle is a deeply curious comic, the product of Tom King and Mitch Gerads presumably having several very late nights with little sleep. There’s something hypnotic and mesmerising about the opening of the maxiseries in particular, a dark and worrying piece which follows the New Gods as they head into their next inevitable chapter. Scott Free is the focus of course, but the book lines up memorable appearances from Kirby’s other creations – Barda, Orion, Highfather – who all make up part of the grand woozy tapestry here. This week Matt is joined by THE GODFATHER Christian Hoffer to talk all about it!

Come back next week….. as Matt will be talking to Adrienne Resha about Runaways #1!

Christian Hoffer is the co-host of A Wild Podcast Has Appeared, and writes extensively for Comic Book dot com, where he focuses on Pokemon, tabletop games, and more. You can find his writing here, and follow him on Twitter here!

One thought on “Shelfdust Presents: Mister Miracle #1 with Christian Hoffer”