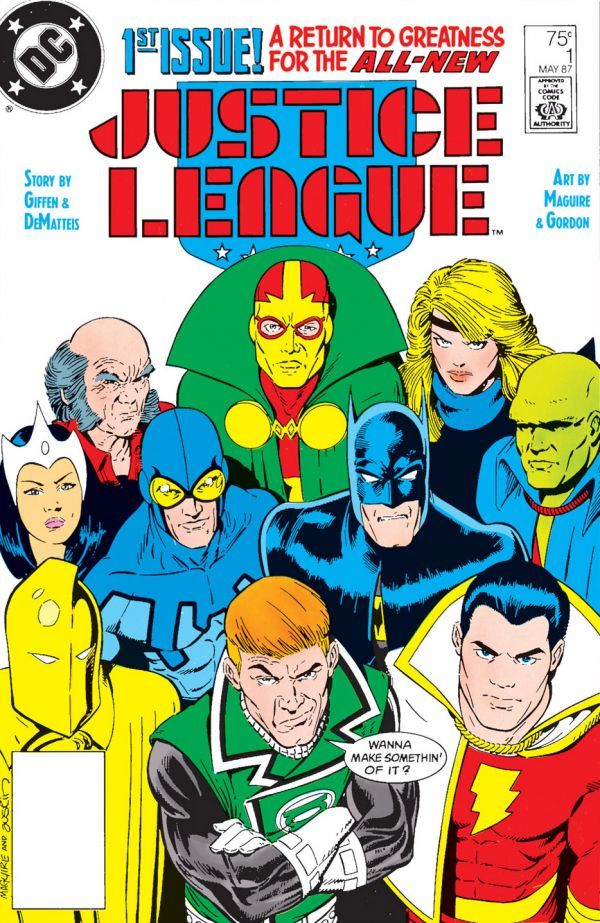 This week it’s time to teach Guy Gardner a lesson, as we look at the comic which ended up in 20th place: Justice League #1 by Keith Giffen, J.M. DeMatteis, Kevin Maguire, Terry Austin, Gene D’Angelo and Bob Lappan!

You can tell there’s going to be trouble from the moment Justice League begins. This was a different approach to superheroes, letting them be fun and funny characters first and turning their lives into a daily routine of heroism. They go to a job, assess a situation, and act on it: or rather, Batman does all of that, and the rest of the team begrudgingly go along. Or do they? This week Matt is joined by special guest (and Guy Gardner’s mom) Chloe Maveal to talk all about it!

Come back next week….. as Matt will be talking to Christian Hoffer about Mister Miracle #1!

Chloe Maveal has written for Publishers Weekly, Women Write About Comics and CBR. She’s passionate about kindness, queerness, and ranting about good boys with superpowers. Find her on Twitter here!

One thought on “Shelfdust Presents: Justice League #1 with Chloe Maveal”