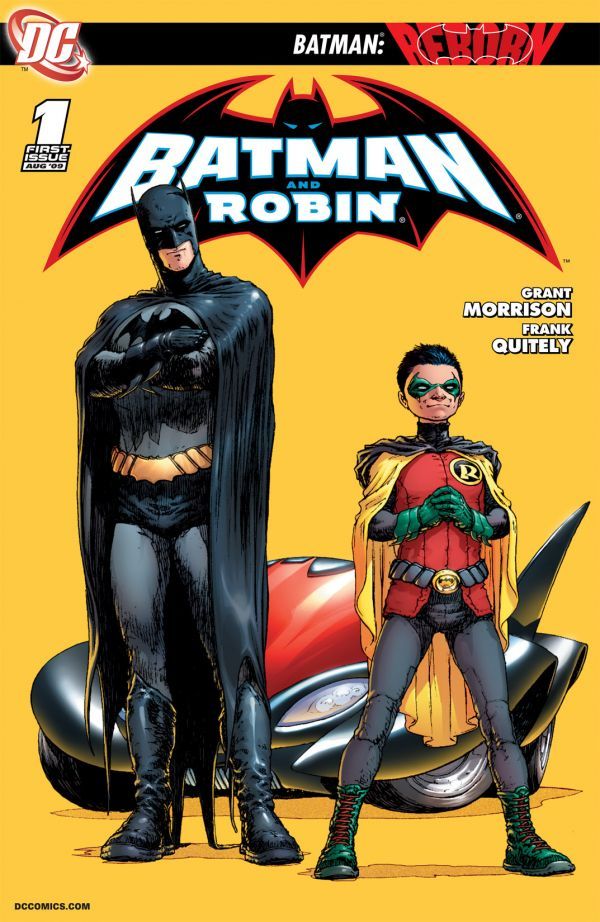 This week it’s time to jump onboard the floating Batmobile, as we look at the comic which ended up in 21st place: Batman & Robin #1 by Grant Morrison, Frank Quitely, Alex Sinclair and Pat Brosseau!

A burst of vibrant energy following some fairly dark and sinister storylines, Batman & Robin harkened back to the brightest times of Batman as it followed Dick Grayson and Damian Wayne’s new adventures. The elements of melodrama and suspense present from Morrison’s previous run are still in place to an extent, but the story has swivelled round to give them a more comical, over-the-top spirit. It’s a really entertaining comic, and just the thing that the Batman franchise needed at that time. This week Matt is joined by special guest Nola Pfau to talk all about it!

Come back next week….. as Matt will be talking to Chloe Maveal about Justice League #1!

Nola Pfau is the Managing Editor for WomenWriteAboutComics, as well as a frequent contributor to the site as a writer – for more of their writing, check out the work under their byline. You can also find Nola on Twitter here!