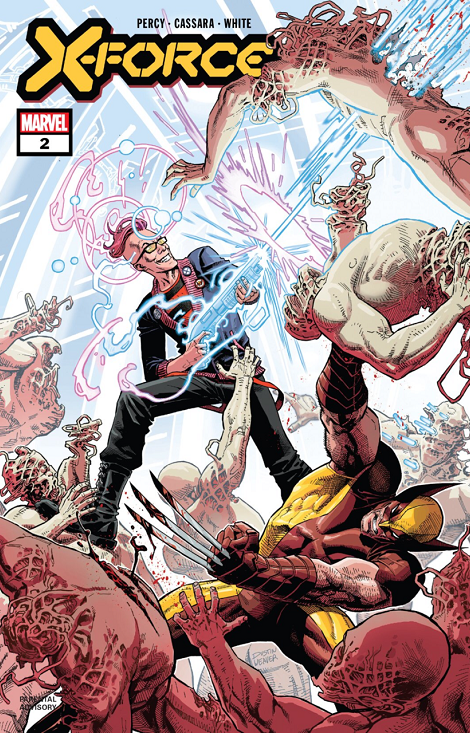 Quentin Quire is a complex character with a complex history, some of it revised in later years to make things a little easier. He was initially created to be, well, an incel: Quentin’s origins were as an angry young man who took out his frustrations at the people he felt held “power” or were women he felt he deserved. A murderer who used demeaning terminology not only for the humans he hated but anybody who got in his way, original Quentin came before the rise of movements like comicsgate, but felt prescient for that reason. Later, writers brought him back but made very swift moves to push him away from that far-right mindset and into something more normal and understandable. Quentin retained the cockiness, but became an alpha nerd for the other students – somebody who pushed himself into the spotlight at any opportunity so he could get out more rhetoric.

Said rhetoric was obviously toned right down, and the whole “murdering” thing was kept to one side. He became arrogant and self-deluded, but had the power to realise all his potential should he ever have the interest in doing so. He became more of an antihero figure, and that brashness (coupled with the way he often was humbled at the end of each story) brought him a fanbase proper. The rewriting of Quire into something more faceted and ultimately better was one of the larger successes of Jason Aaron’s tenure with the X-Men as a whole, and it gave the younger generation of mutants a standout character who could question authority in a noticeable way. Most of the young characters seem to have basically blended into the background now, and none of them have that revolutionary attitude to them – Quentin does. He may be misguided and liable to trip over his own ego, but he’s the clear leader figure amongst that generation. Again, it’s a trait which has allowed him to continue on in comics as a recognisable and interesting presence, even as characters like Surge or Prodigy of whoever fell into obscurity. Granted the argument could be made that writers basically grafted Hellion’s personality to Quentin’s personality in order to get him to that point, but that’s by the by.

When Quentin shows up it’s an event: that’s the case for X-Force #2.

Last issue gave us an island of complacent X-Men who were complicit in the death of Xavier because they were too indulged or “soft” to remember that they’re a persecuted minority under constant threat. This time round we get Wolverine, the only cynical member of the team, heading off on a mission – and caught off-guard by the arrival of Quentin. Kid Omega has literally no reason to really show up here, but he does so to offer us the other side of the equation. Jean and Beast are to one side, dithering about resurrecting Xavier and going on and on about “blind faith” for some reason. Wolverine stands to the side of that, a harder-nosed approach brought about by a lifetime of tortures and horror. But then we have Quentin who stands to the side of that, and fascinatingly does so despite not having much of a real reason for it. Percy’s script brings us closer by a scratch to the original version of Quentin. He’s dressed up in the additional layers which writers like Aaron gave him, but there’s more reference that ever to humans as an enemy who have to be killed off before they destroy everyone in their intolerant incompetence.

Quentin has been following the same leads as Wolverine and come to the same location – his goal, however, it to use Wolverine as a blunt weapon against whoever these oppressors are. Having lived a lifetime where there’s always been an enemy for Quentin, this attack gives him a new face of opposition to lead up against. It’s perhaps the best use for the character that can be offered during this Krakoan era: it wouldn’t fit for Quentin to be anti-Xavier and Magneto when they’ve done the things he’s always wanted them to do. With no revolution to ferment, Quentin has turned his attentions elsewhere, and inserted himself into a “grown up” agenda which gives him plenty to rail against. The dynamic between him and Wolverine is curious, because Wolverine knows what he’s talking about whilst Quentin’s dramas are largely invented. There may be a team of Reavers for them to fight, but it’s not like Quentin has active understanding of them – they’re just a faceless enemy.

(This isn’t helped by the fact that they aren’t very memorable).

Once they actually come face to face with something, though, Quentin panics. Wolverine clenches his fists and moves into action, but Quentin’s bravado suddenly fades away. He’s the internet warrior who doesn’t realise the real-world consequences of the games he’s playing. In that respect, he’s not that much different to the complacent X-Men. Jean and Beast may not have planned for an attack because they thought they were safe; but when they realised there was danger they ran straight for it, their experience teaching them that action was required. By contrast, Quentin always expected an attack because of his persecution complex (a holdover from his incel era) but doesn’t realise the seriousness of the situation until it sneaks up from behind and grabs him. With those two sides to the same useless coin, it falls once more to the world-weary Wolverine to pop the claws.

Using Quentin as a foil gives Wolverine something to play off which we’re not used to seeing: Wolverine as peacemaker. Alright, so he still ends up slicing everything up in a state of fury, but until that point he’s consistently returning to his Aaron-created role of headmaster. He tells Quire that the revenge fantasies aren’t productive, and are the last thing Xavier would have advocated. Quire’s talk seems to match Magneto’s attitude, but as Wolverine says here “we’re not gods and they ain’t devils”. Taking a complex situation and turning it into fanfic in your head isn’t exactly a productive way to approach a problem, and whilst Wolverine might not advocate everybody getting along in perfect island-based harmony, he at least realises that there’s meant to be a dream that everybody is working towards. The reflections between Xavier, Magneto, Quentin and Wolverine bounce back through the issue in myriad ways, and it really helps liven up what could otherwise have been a sincerely dour series.

Because again, that’s what Quentin brings despite everything else: he’s dynamic, and he’s interesting. This issue wouldn’t have worked if they’d brought Rockslide along.