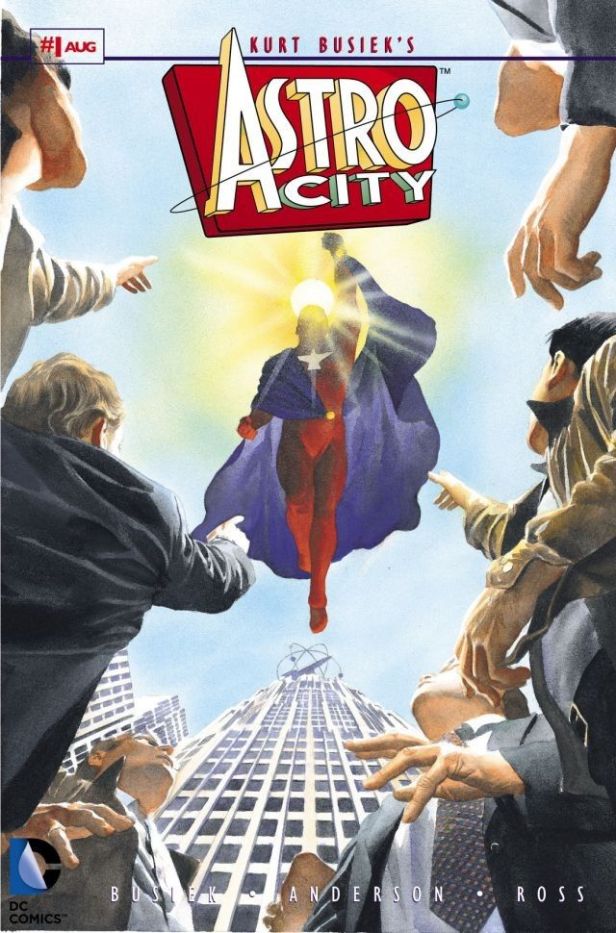 This week brings us a whole new superhero universe, as we look at the comic which ended up in 30th place: Astro City #1 by Kurt Busiek, Brent Anderson, Steve Buccellato and Richard Starkings.

The first issue of the series explores a single day in the life of a hero, but through the adventures and rescues sits a beautiful character study which would go on to become the definitive voice of the series: every single person in this world is rounded and thoughtful, and over time the creative team would move on to explore each of them in turn. Matt is joined this week by critic (and actual Doctor) J. A. Micheline to talk all about the first hero, Samaritan, and his role in this first issue!

Come back next week….. as Matt will be talking to Heidi MacDonald about Ex Machina #1!

J. A. Micheline has written for most of your favourite comics outlets, including The MNT, ComicsAlliance, The Guardian, WomenWriteAboutComics, and many more. She’s also a doctor! You can find her on Twitter here.

One thought on “Shelfdust Presents: Astro City #1 with J. A. Micheline”