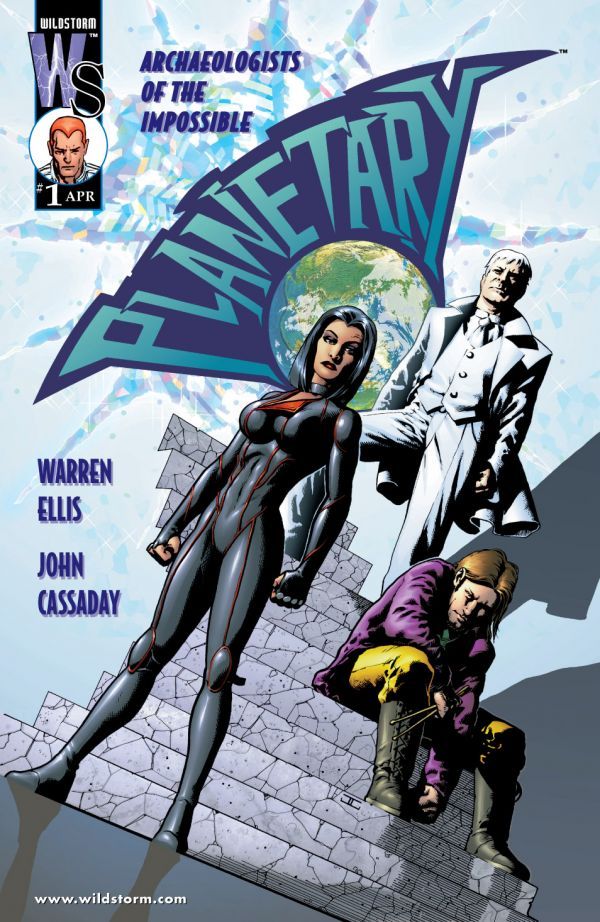 This week it’s time to pop on a trenchcoat and demand some coffee, as we look at the issue which reached 35th place: Planetary #1 by Warren Ellis, John Cassaday, Laura Martin and Bill O’Neil.

Planetary sees a team of exceptional pricks working together to save the world from unbearable pricks. It’s a specifically Ellis sort of story, with magnificent bastards lording it across one another through judicious use of one-liners, pinned together by Cassaday’s sturdy character and frequent use of decompression. It’s a comic where every beat lands with exact precision, and each character is thinking ten steps ahead. To talk more about the issue, this week Matt is joined by special guest Heidi MacDonald!

Come back next week….. as Matt will be talking about JLA #1 with Graeme McMillan!

Heidi “The Boss” MacDonald has been in comics criticism for over 20 years, and is the founder and Editor in Chief of The Beat. She’s also one of the hosts of the PW Comics World: More To Come comics podcast. You can find here on Twitter here!