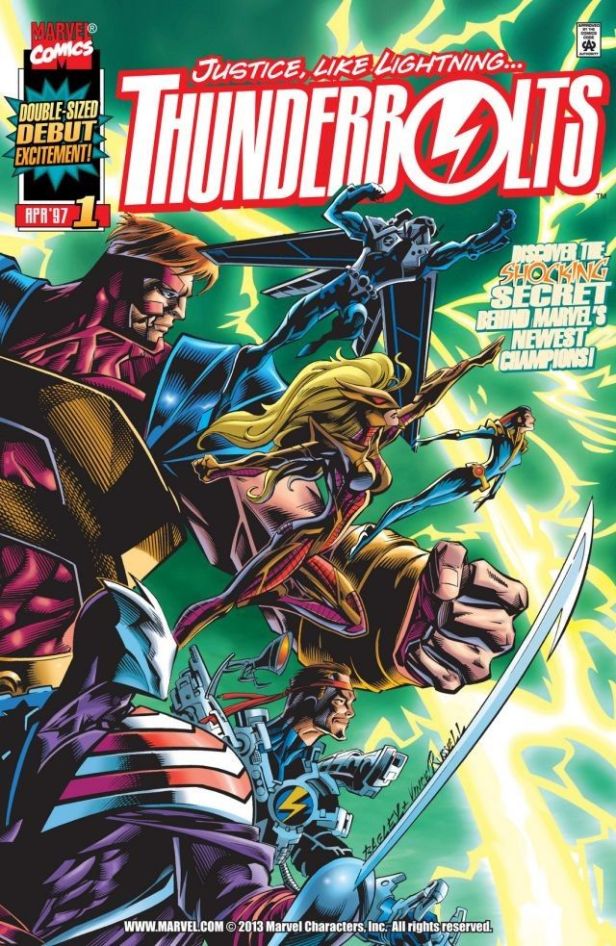 Our first comic in the list is Thunderbolts #1 by Kurt Busiek, Mark Bagley, Vince Russell, Joe Rosas and Comicraft, which charted at position 50 in our master list.

Wait, but isn’t that really low down for such an important and well-regarded first issue? Matt spoke with critic, podcaster, and Thunderbolts-appreciator Al Kennedy (House to Astonish; Desert Island Discworld) to take a closer look at the issue; if it should’ve ranked higher up in the list; and how that twist hits readers today.

The episode can be found here, or on Soundcloud here. If you like Spotify then head here, or you can find it on Apple by searching for Shelfdust Presents. To get hold of a direct download, you can get your hands on the episode here!

Come back next week….. as Matt will be talking to Kayleigh Hearn about Sailor Moon #1!

Al Kennedy is the host of podcasts House to Astonish and Desert Island Discworld, in which he sits down with special guests to talk about their favourite Terry Pratchett novels. He’s also been a featured writer for Shelfdust, and you can find his byline here! For more from Al, you can follow him on Twitter here.

One thought on “Shelfdust Presents: Thunderbolts #1 with Al Kennedy”