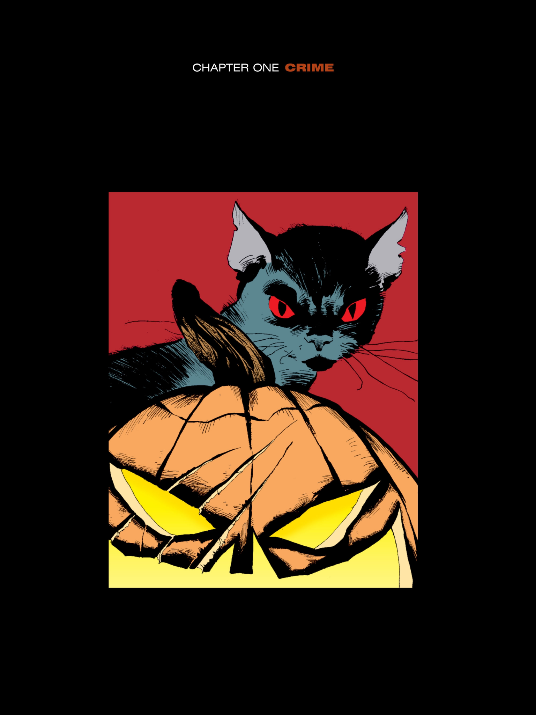 For the next trick at Shelfdust, we’re going to follow Batman: The Long Halloween in real-time, of sorts, visiting each issue on the day of the holiday it’s set on. A thirteen-part murder mystery, the series is set during Batman’s first few years in the cape, and details his investigation into the crime families of Gotham, and how the experience changes the lives of those around him – Jim Gordon, Catwoman, and especially his friend Harvey Dent.

Taking The Godfather and The Untouchables as literal reference points throughout, Jeph Loeb and Tim Sale’s story is one of the seminal Batman tales, albeit one which does leave you scratching your head at several points. It’s always fun, even if it makes no sense at points, and it provided a structure which Loeb would go on to, well, replicate ceaselessly over the years – the murder mystery approach being returned to with the same main twist present in Dark Victory, Hush, and Red Hulk all in turn.

But here we start at Halloween, with a wedding celebration for Carmine Falcone’s nephew… who ends up being murdered at the end of the story. Along with the investigation into Falcone’s connection to organised crime in Gotham, it looks as though Batman also has a murderer to contend with! Handily, though, Loeb’s interest is in giving Batman friends and conspirators to deal with, connecting several relationships together into a shaky, tentative ally-ship that directly plays into his actions throughout the first issue.

This Batman works alone, but is never alone. He’s constantly being backed up in both his Bruce and Bat guises, getting himself mixed truly into the story in a way which doesn’t often happen for him. There’s a typical batman out there nowadays who stands by himself, refuses help, doesn’t get involved with the day-to-day of people arund Gotham because his mission is everything to him. Here, we catch the character when he’s younger, newer to the role, and more open to teaming up with other people – here that means Selina Kyle, Harvey Dent, and Jim Gordon. All three treat him with the same basic level of respect, but handle him in very different ways.

Selina treats Bruce Wayne as her love interest, which is fitting because that’s all he seems to be able to offer her. Both in and out of costume, he’s unable to keep up with her, despite having everything to hand which should ensure his taking the lead. Even with everything in his utility belt, Batman can’t chase Catwoman; with his good looks and fortune, Bruce Wayne still can’t match wits with Selina Kyle. She’s ahead of him the whole way, despite (allegedly) not knowing that her two love interests are one and the same person.

Harvey Dent treats Batman as an enforcer, envying him for his ability to go beyond the law in order to get results. When they find a comically huge pile of Falcone’s money in a warehouse, it’s Dent who pauses for a second to consider what it’d be like if they were the sort of people who’d just take some of it for themselves. Batman has to remind him that no, they’re not those sorts of people, so it’s not even up for consideration. Harvey is actually far more of a loner here than Bruce Wayne, first seen ripping pages from the Godfather script (Loeb isn’t subtle about lifting scenes wholesale from the movie) in order to take down license plate numbers at Falcone’s party. He’s scrappy and impulsive, and apparently spends his spare time doing shirtless DIY in his basement. You can see why Gordon comments that he once thought that Dent was Batman’s alter-ego.

Jim Gordon, of course, is the baseline. He watches both Batman and Dent equally carefully as they enter a new agreement with one another, playing the dangerous role of honest leader for the trio. He knows Batman’s tricks by now, and is of the opinion that it’s better to let Batman play on a leash than set him loose on Gotham. Gordon’s homelife is fraught in a way we don’t get to see often enough; as somebody who spends large amounts of his evenings stood next to the Bat-Signal and waiting, it’s only to be expected that his decision puts a strain on his family.

The three of them stand alongside Batman for most of the issue in one form or another, with a Dark Knight who actually has a functioning support-cast who all have things to do other than react off him. Again, Selina, Harvey and Jim all have lives to live outside of Batman and his mission, and it serves to give Batman a more involved role as part of a larger moving plot. Nothing revolves around him at this point, which means he has to go out and cause good trouble until the narrative starts to serve him.

And that narrative is fairly sharp, at least at the beginning. Loeb knows his cast of characters, and Sale is of course capable of making each of them distinctive. People show up in the opening few pages as background, only to then work their way into the story through various and organic-feeling ways. Richard Daniel, a corrupt banker in the making, shows up at the start and then plays a role in moving parts of the story forward not just in Batman’s life – but also for Bruce Wayne’s life. Because both sides of the character are given things to do here, and halves of a whole agenda, we once again are given a more proactive and engaging lead than Batman sometimes appears to be.

Because we’ve spent time with the people in his life, there’s a feeling that anything can happen to any of them at any time, which opens the narrative up in unexpected ways and leaves readers unsure which thread might get pulled next. Here, it’s Harvey Dent, who returns home for Halloween only to become the victim of a mob bombing on his house. Given that many readers know who Dent will end up becoming, it’s a definite tease – but because Dent is allowed to be compelling and whole earlier in the issue, it seems just as likely that he’ll come out in one piece as it does that he might be… changed by the experience.

Batman is often shown as working alone, and refusing aid. Here, he doesn’t have a say in the matter. He’s surrounded by intriguing and well-developed characters, and it creates a more complex web than you might expect. That’s how The Long Halloween grabs readers – by leaving all the options on the table.

See you at Thanksgiving!